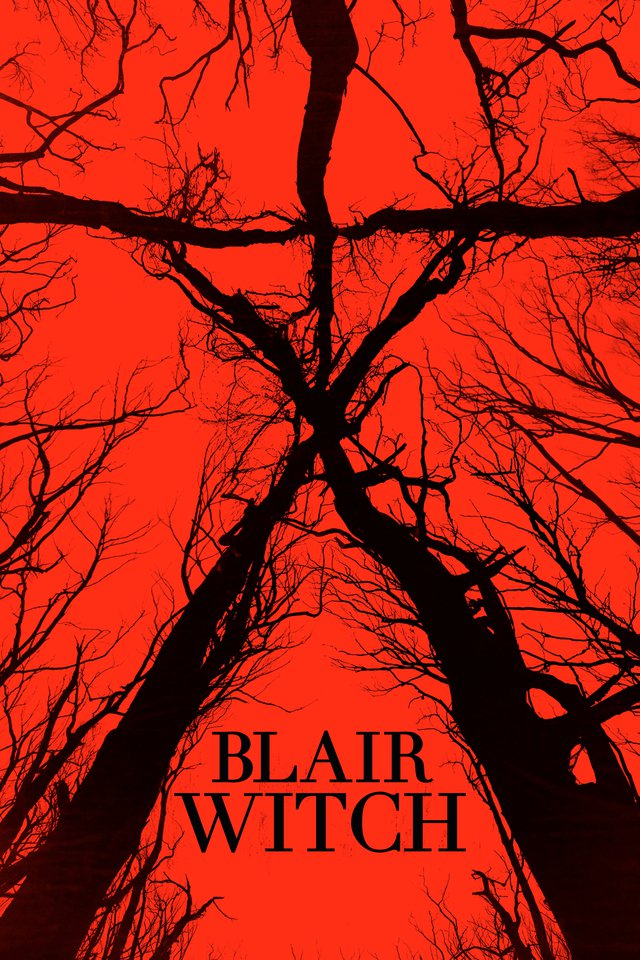 One of my all time favorite horror films was The Blair Witch Project. Not because it was scary, because in so many ways, it wasn’t. Instead, it was devoted to the so-called project. The project in the title referred to more than just a nice title, the film itself was a project that the filmmakers worked really, really hard on making it look authentic, and it did an amazing job… in my opinion, it was technically the best found footage movie that ever was, and ever will be. So I was expecting quite a bit from this movie, especially because it’s continuing the story of the first, unlike the “other sequel”. So let’s get into Blair Witch.

So this film follows the story of the brother of Heather in the first film. After he found the footage from the first film, new footage has arrived on YouTube that makes him believe his sister may still be alive in the woods still, so he gets his own camera crew together and ventures out into the woods to find her. What follows is more or less the same movie with higher tech cameras.

While I like the fact that they made a sequel to this film, I’m a tad disappointmented to see the magic of the first almost entirely lost for a variety of reasons. This movie more or less just fell victim to every found footage trope out there and refused to devote themselves to the art of film… so it simply was not really all that special. I’ve seen better generic found footage films, and that’s saying something. Another reason why the magic is lost comes down to the quality and style of film, which was all digital, HD, first person style cameras. We’ve become more of a smarter population with recording and editing and those random cuts don’t make as much sense anymore as they used to when you find on VHS, like the first film… so while I usually praise that kind of camera use, it just didn’t work this time around.
They had a clear opportunity to make this movie special. It’s been several years since the first film, so I could think of a few things they can do to build on the first. However, this movie decided to really just reboot it while continuing it… copy pasting just about everything major found in the original. The only difference is… we really couldn’t care less about these characters.

It didn’t try hard enough. They didn’t even film in the real woods this time. There was no posting of lost and presumed dead articles for the real actors. There was no mysterious website that let people donate to the cause of finding justice for their deaths. There was no viral YouTube series claiming to be real vloggers talking about new events in the Blair woods. Nothing like that, because what does hard work mean, anyway? Let’s just make a cheap found footage film, name it Blair Witch, and call it a day.

Look, Blair Witch simply was not what I, nor any other fan of the original, wanted. I have a hard time even believing it’s made for the new generation either. What it was, was instead, garbage of the upteenth degree. With that, I bid you adeu and I wish you have a Happy New Year!