Welcome to Mind Control Month | Brainwashing/Deception Week – Day 1. This week, we’re talking about mind control in more of a conspiracy kind-of-way. First up, we’re talking about The Manchurian Candidate – the remake. When you think about films covering brainwashing, this might be one of the first ones that come to mind, and for good reason. Both the original film and this one are mostly rated similarly, so I decided to watch good ol’ Denzel in one of the first films I’ve ever seen him in. Let’s get into it.

When his army unit was ambushed during the first Gulf War, Sergeant Raymond Shaw saved his fellow soldiers just as his commanding officer, then-Captain Ben Marco, was knocked unconscious. Brokering the incident for political capital, Shaw eventually becomes a vice-presidential nominee, while Marco is haunted by dreams of what happened — or didn’t happen — in Kuwait. As Marco (now a Major) investigates, the story begins to unravel, to the point where he questions if it happened at all. Is it possible the entire unit was kidnapped and brainwashed to believe Shaw is a war hero as part of a plot to seize the White House? Some very powerful people at Manchurian Global corporation appear desperate to stop him from finding out. (IMDb)

I will say one thing about this film – it didn’t match my memory of the film. I thought the brainwashing concept was actually a movie twist that happened near the end, but it was part of the film’s concept the entire time. Does that make the film worse? I’m not sure, but one thing’s for sure, nothing ever surprises me in the film because of that fact. If I were writing, I feel like my version of the film would be completely different than what we have here, so it’s hard to really complain about it at that point.

That’s just a trivial first impression. Let’s go ahead and break down The Manchurian Candidate to interpret the stars. 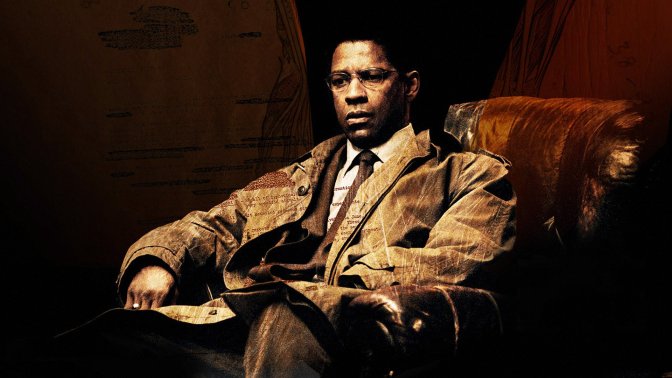 When it came to the people category, it could’ve easily done better. The only things that really stuck out for me was that I liked the cast and thought each of the characters had their own, unique, independent reason for being there which added to the overall plot. Everything else was mediocre. While I don’t really consider the acting to be bad, it’s pretty stagnant throughout the film. Never once does it challenge any of the actors to provide a range. The characters were all fine and dandy, but you’re remembering the film more for who’s in it than who they are playing, so only half points there. Finally, no one really has the best chemistry, especially when some folks are just brainwashed and everything.

We’ve got a slightly better score for the writing category. The only thing that could’ve been better was the originality. Apart from being a remake/story adaptation, the film just naturally feels like it’s something we’ve seen many times before…which makes things a little blah sometimes. So, originality gets half points, but everything else gets full. The dialogue has some distinctly memorable lines, though, that mostly has to do with repetition – you hear a lot of the same things…but I think that has more to do with editing than actual dialogue. That being said, I still remember the film for things that are spoken. The film follows one specific mystery throughout the film, so I gotta say the balance and pace is pretty smooth. The story itself is about brainwashing people for political gain, which…when you remove the entertainment angle, is definitely a discussion piece. If that was possible, which I’m not really sure if it is or not, it might explain a certain election. Finally, was this interesting? I have no problem calling this film interesting. It’s interesting before you see it, and it’s interesting while you’re watching. Full points there.

The stuff going on behind-the-scenes could’ve easily used some help. I’ll start with the positives. The film had a lot of flashbacks, dream sequences, and sometimes action – all of which was edited pretty well. Well, at least enough for me to actually notice the editing in a good way – full points. I’d also give full points to the advertising for not having any sort of false advertisement. Now, everything else is just fine, but nothing stands out. The visuals were fine, but it never stands out as beautiful or unique. The directing seemed to just do the bare minimum as far as that job goes. Finally, how was the music? Again, it was good enough to make sure it matches the right tone, but you won’t remember any of it.

We’re moving onto the narrative structure, which did a good job overall. The one spot that could’ve used a little help was the falling action area, which calmed things down just fine but didn’t really have a “returning to the new norm” thing going on. The introduction introduced us to the “memory” or “false memory” that everyone’s trying to figure out throughout the film, which also introduced us to all characters. The inciting incident is when Denzel Washington’s character runs into one of his old army buddies who talks about his dreams – which ultimately sets everything else. The obstacles come down to following clues to discover what really happened back then and to ultimately find out how to prove it. The climax is a culmination of everything else, and it works out really well.

Now we ask one of the most important questions of all, how entertaining was The Manchurian Candidate? I think it definitely had some entertaining elements, but it just doesn’t work as well as I remembered it. In fact, this felt more matter-of-factly than anything else. Would I rewatch it? I’m sure I probably would at some point. Remember, though, this is my second time viewing it after first viewing it in 2004, that’s 13 years without giving it a second thought. It might be even longer before the next viewing…and I’m okay with that. Did I have fun while watching it? Yes, during certain scenes I was completely pulled in and had a great time watching it…but the same can be said for how bored it got me here and there too, so half points for “fun” and “sucks you in”. Other than that, I have no impulse to buy it, own it as a gift, or really talk about it with anyone that’s never seen it. Take that as you will.

We now move into the specialty questions that I asked before seeing the film. As this is mind control month, how was this as a mind control film? Like I said earlier, it’s one of the more prominent and in-your-face films centered on mind control, so full points to not only that, but also for brainwashing week. This film is defined as a mystery, but because the whole mind control/brainwashing angle isn’t any kind of twist, nothing really surprises you and it mostly feels as if they’re prolonging the end – zero points there. As a Denzel Washington film, where would I put this? I might mention it, but he’s done so many better movies than this that I really might not talk about it. Finally, was it halfway decent? I’d say it probably was. They had a vision of what they wanted to do, and it seemed as if they at least pulled that off.