Yes, it’s always interesting to see the ’90s Batman animated series transform and evolve throughout the years. Most importantly, it’s interesting to see it grow with the kids watching it, adding plenty of foul language, violence, and in the case of Batman and Harley Quinn, a seemingly specific increase in blatant sexual innuendos and hints…but really, it’s more than that. This cartoon feature wasn’t really what I expected in a number of different ways, but we’ll get to that after the plot. So, what does our trusty friend, IMDb say this movie is about?

Batman and Nightwing are forced to team with the Joker’s sometimes-girlfriend Harley Quinn to stop a global threat brought about by Poison Ivy and Jason Woodrue, the Floronic Man.

The main problem with this movie was that…it was just weird in parts. The sexualization of these characters, mostly of Harley Quinn, is hardly surprising. Out of all of the Batman characters idealized as the most attractive and often depicted as a woman with a scandalous persona, so I’m not really talking about that; I’m mostly talking about the weird mix of how serious it is at times mixed with campy humor very similar to the 1966 series starring Adam West – as well as the silly concept of the entire film…which seemingly tries to tell a green-friendly message while simultaneously telling the opposite, all with villains that don’t feel threatening or even evil, really.  I really don’t think anyone’s going to care about this plot.

But hey, this is all just first impressions. They don’t mean anything, right!? Let’s go ahead and break down Batman and Harley Quinn to interpret the stars. 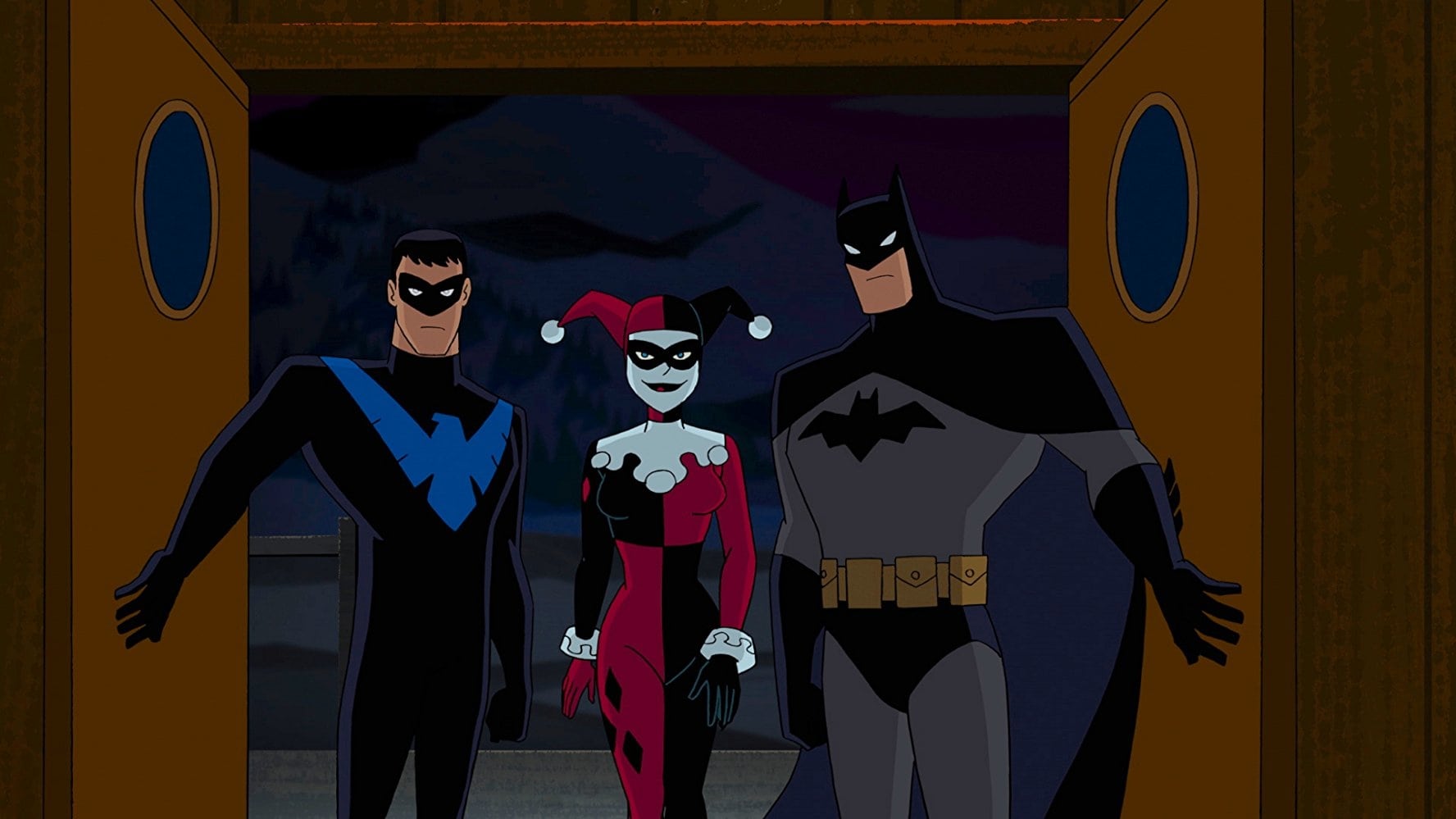 First up, we have the people category, starting off with the subcategory of acting. The acting was neither terrible or great, mostly typical and forgettable, which is pretty typical for a bunch of animated films. These characters were diverse, unique, and most importantly, memorable. I think everyone did a fine job in the role, but that doesn’t mean they were the only actor for the job. I specifically didn’t like the voice actress for Harley Quinn…something was off there, and I’m not so easy to forgive. Absolutely every character in this film seemingly had an important role adding to the direction of the plot, I was impressed. They had a reason, they had a purpose, they had history, and I love it. As far as the chemistry goes in this film, there wasn’t much of it. While it was fine, no one really cares about the relationships in this film.

Next up, we have the writing category, starting off with the dialogue subcategory…which was as unremarkable and forgettable as the meal you had last Tuesday afternoon. I would certainly say that the film is also very well-balanced and consistently holds a strong focus on the story at hand. When it comes to the actual story, I can’t really say it’s the best. It’s got a few things here and there that I think a lot of people will enjoy, but it’s certainly not the greatest story ever told. Talk about an unoriginal film, though. Not only does it ‘feel’ like we’ve seen it before, I’m pretty sure we have at this point…and multiple times, at that. I’d say I was interested enough to watch the film, but as I watched the movie, my interested died down pretty rapidly and was gone before the film ended.

Next up, we’re taking a look at behind-the-scenes, starting with the visuals. In this case, the visuals were pretty standard and typical to what you’d expect. Nothing blows you away, nothing looks horrible, either. It is what it is, folks. Next, we’re taking a look at the directing, which slips by without you noticing it. That’s right, there wasn’t anything difficult or challenging for the director. They could’ve hired any director for the job and the movie would be exactly the same. Nothing challenging or difficult in the editor’s desk, folks. They stitched the movie together just fine, but there’s nothing else to report here because even a kid could probably do it. As with most films, I consider this film to be exactly as-advertised, which is good. There wasn’t anything fancy or memorable about the music. It was basically as good as it needed to be in order to keep the tone in place…and that’s what they did here, as well.

Next up, we’re chugging right along into the narrative arc category, which is one of the easiest categories to score highly in. First up, we’re looking at the introduction, which did perfectly. By the inciting incident, we knew who everyone was, the basic setting, and what’s going on in these people’s lives. How about the inciting incident? That was perfectly clear and set the rest of the film up for a good ride. How were the obstacles? Totally fine. There were plenty of clear obstacles in the way, just as you’d come to expect. How was the climax? It was okay, a little anticlimactic overall because it didn’t feel like any culmination of everything else put together. Finally, what about the falling action? Truthfully, the movie really just ended right there. There was no real calming down moment, nor a return to the new norm, so…take that as you will.

Okay, so was this movie as entertaining as it wanted to be? Let’s get into that. As far as rewatchability is considered, I don’t know. I might watch it again if I was in the mood, but I don’t see myself looking for the film anytime soon. Is this a film I would consider fun while watching? Oh yeah, absolutely. Whatever technical problems the movie may or may not have, it is definitely fun, and that’s something no one can take away from it. Do I have any impulse to buy it? No way, Jose! What about talking to somebody about the film that hasn’t heard of it? I really have no impulse to tell anybody about it, honestly. Does this suck you in, though? No, not really. If anything, it has more opportunities to push you out then suck you in.

Next up, we’ll take a look at the specialty questions that I asked before seeing the film. First of all, with most cartoons, I like to ask about both kids watching and adults. The thing is, it’s Batman. PG-13 or not, you usually get elements that kids would like…and I really didn’t see anything a kid would like – so no points go there. As for the parents watching with the kids, they will clearly like it a lot better, full points there. It is also listed as an action film, and to be fair, the actual action all looked pretty decent, but that’s unsurprising. How about the elephant in the room? This is a Batman cartoon, and a lot of those films are actually done really well. This time, however, I have to say I’ve seen better. The strange villain choice, as well as the mashing tones of serious and comedy, just didn’t work very well for me. I’m afraid this film will be long forgotten a week from now. Was it halfway decent? I think they got away with doing things they wanted to do them, so yes.